Show Me The Money: Understanding The Statement Of Revenue And Expenses

In the for-profit world, this statement is also known as the Income Statement, The Statement of Profitability and Loss (this is where the term P&L comes from), and sometimes the Statement of Operations. We will just keep it simple and refer to it as the Statement of R&E (for revenue and expenses), especially since nonprofits don’t have profit.

In its simplest form, the Statement of R&E begins with a revenue section, followed by an expense section. The total revenue minus the total expenses produces The Bottom Line. If the revenue is greater than expenses, you have revenue over expenses. If the expenses exceed the revenue, you have revenue under expenses, sometimes displayed as a red number, hence the term in the red. No one wants to be in the red.

The Statement of Revenue and Expenses has a defined format. First up is the heading. The heading is important because that tells you three things:

The name of the organization,

and the time period for the statement.

Statements of R&E report results over a defined period of time. That means there is a starting date and an ending date for the statement. For example, the statement might report revenue and expenses for a month, or a quarter, or annually, or since your last birthday. Just be sure the dates are stated in the heading.

For a simple statement, the next section is The Bottom Line. Expenses are deducted from the revenue received and a total is reported. Nonprofits often use the term Revenue Over (Under) Expenses rather than the term profit.

An important question to ask is, “What method does the organization use to report revenue?” You mean there is more than one way to count the cash? Well, you count the cash the same, but you report it differently. A cash basis organization reports the revenue when the cash is received. Many organizations use the accrual method rather than the cash method.

Under the accrual method, revenue is reported according to accounting rules. For example, revenue might be reported when the item is shipped rather than when the cash is received for the order. For service organizations, revenue is recognized when the service is provided. Suppose fees are collected for child care classes. Under the accrual method, the revenue is recognized (and reported) when the participant takes the class rather than when the fees were received. No matter which method is chosen, it applies to both revenue and expenses.

Accounting has a term called matching. Accounting rules say that the expenses listed should be for the period matching the revenue reported. Expenses will also be reported either with the cash method or the accrual method

And finally, the bottom line plus a few other terms. Sometimes, there are levels of The Bottom Line. Some organizations report Net Operating Income. This is income before interest and taxes. Operating revenue and expenses will be monies earned or spent directly related to the mission or the business. Non-operating items will be reported next. If the organization has taxable income, the taxes will be reported in this section. Interest income and expenses may be reported here. After the non-operating items comes the final bottom line. This is known as Excess Revenue Over (Under) Expenditures. You know how to do the math now.

Generally, if the revenue is more than the expenses that is a good thing. However, no one financial statement tells the entire story. There are several financial statement types and each one is needed to answer the question, “Is this organization well managed?” Next up, The Statement of Activities, a statement specific for nonprofits. 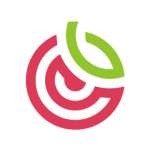 How Art Organizations Can Increase Donations

Hiring for Healthcare Positions: The Competitive Advantage of Robust HR and Payroll Systems